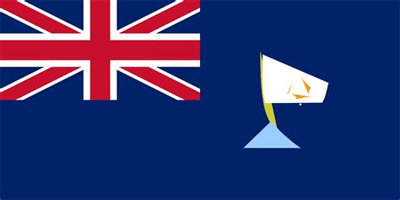 In 2001, the average number of years of schooling in Anguilla was of 10.5 years, this is the latest year for which information is available.

In reference to the immunization strategy, it is highlighted that the immunization coverage against Measles was 82% in 2019, which means a reduction of 17 percentage points with respect to the coverage in 2000.

The reported maternal mortality ratio for Anguilla was zero for 2020, the latest information available. In relation to fertility, it is estimated that women have an average of 1.3 children throughout their reproductive lives. In the specific case of adolescent fertility, there was a reduction of 39,8%, from 49.5 live births per 1,000 women aged 15-19 years in 2000 to 29.8 in 2022. In the period between 2010 and 2012, there was no variation in the percentage of prenatal care, which remained at 100%, and the percentage of births attended by trained personnel was 100% by 2020.

Also in 2016, 34.9% of the population reported insufficient physical activity.

Status of the COVID-19 Pandemic

Life expectancy at birth has continued its steady increase. This trend is expected to continue.

From a maternal and child health standpoint, the country has shown an increase in under-five mortality compared to 2000.

With respect to the response to the COVID-19 pandemic, it is expected to continue with the vaccination strategy, optimizing the coverage of complete vaccination schedules and reinforcing access to booster doses.