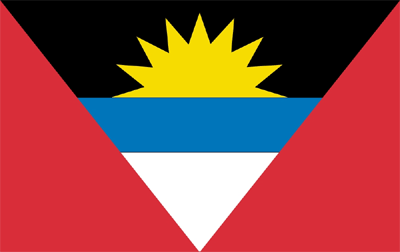 Life expectancy at birth was 77.3 years in 2021—higher than the average for the Region of the Americas and 4.6 years higher than in 2000.

During the period 2000–2021, the country maintained its Human Development Index score of 0.8, the index rose 15% internationally and 11% in Latin America (Figure 2).

Regarding the immunization strategy, measles vaccination coverage was 85% in 2021, a decrease of 10 percentage points over 2000.

In Antigua and Barbuda, the prevalence of overweight and obesity among people aged 15 and older was 48% in 2016.

Figure 6. Proportional mortality in Antigua and Barbuda, 2000 and 2019

The National Strategic Plan for Health (2016–2020) highlighted chronic disease as the key health challenge along with new and ongoing communicable diseases (such as dengue, Zika, and chikungunya viruses). The report noted challenges related to declining health financing, shortages of health professionals, and fragmented health planning operations that contributed to national health policies not being translated into strategic actions. Ongoing cooperation with the World Health Organization (WHO), Pan American Health Organization (PAHO), and others is focusing on health system strengthening with universal access and coverage through improved governance and sustainable financing – an adoption of the global move toward universal health coverage. A range of strategies have been highlighted that place the operations of primary care at the center of the push for universal health coverage, focusing on improved maternal and child health, and targeted health programs for adolescent health, male health, and the health of older persons. The 2014 National Strategy for Universal Health Coverage solidified the tenets of the Government’s universal health coverage strategy with four broad lines of action: expanding equitable access to comprehensive, qualitative, and community-orientated health services; strengthening stewardship and governance; increasing and improving financing without out-of-pocket expenditures; and intersectoral action to tackle the social determinants of health. The National Strategic Plan for Health recognized that relationships with traditional and nontraditional international development partners will be critical to advancing progress toward universal health coverage.

Antigua and Barbuda is aging and the pace of this aging is predicted to increase. In 1980, the proportion of Antigua and Barbuda’s population aged 65 and older was 5.5%. This proportion increased to an estimated 9.3% by 2020, and is predicted to more than double to 22.7% by 2060. This future increase of 13.4 percentage points represents a rapid rise in older adults, and is above the regional averages for the Caribbean of 10.7 percentage points, and matching the average for the Americas of 13.7 percentage points. The disease burden is increasingly dominated by noncommunicable diseases. Cardiovascular diseases, diabetes, and cancers in 2019 were the top three causes of death and disability, collectively accounting for 43% of all healthy life lost. Including all other noncommunicable diseases raises this burden to over 80% of all healthy life lost. There has been further progress in reducing the burden of maternal and neonatal disorders and HIV/AIDS, which together in 2019 accounted for just 4% of healthy life lost, down by over 50% since 2000. Solutions to the prevention and control of noncommunicable diseases require multisectoral cooperation.

Antigua and Barbuda escaped community transmission of COVID-19 until early 2021 and has since seen four outbreak peaks, and with most of the 130 confirmed deaths by May 2022 concentrated in these outbreak periods. The vaccination program in cooperation with international partners represents a major ongoing COVID-19 policy. To reduce infection among healthcare workers, PAHO trained hospital staff in exposure risk assessment, provided equipment and other supplies, and strengthened capacity to manage critically ill COVID-19 patients. COVID-19 is one example of an external pressure, and these pressures are recognized as a major risk to ongoing healthcare improvements. Extreme weather events are another external pressure that have long been a threat to Antigua and Barbuda. In 2017, Antigua and Barbuda was affected by three major hurricanes: Irma, Jose, and Maria. Hurricane Irma was the strongest storm ever to hit the Caribbean Leeward Islands. It made landfall on Barbuda on 6 September, damaging or destroying almost all infrastructure in Barbuda, forcing evacuation of the population. By the end of 2018, only some residents of Barbuda had returned. The recovery assessment concluded that the total damage of the Hurricanes Irma and Maria for Antigua and Barbuda came to US$136 million, while recovery costs amounted $222 million. In response, a national adaptation plan has been drafted, which has three areas of focus: infrastructure, finance, and protected areas. The report does not have a specific focus on health. Key recommendations from a multisectoral assessment of health in the face of climate change included the development and implementation of a health and climate change strategy, an assessment of health vulnerabilities, addressing barriers to international climate change finance, and building climate-resilient healthcare facilities. Food and water security was seen as a key challenge.