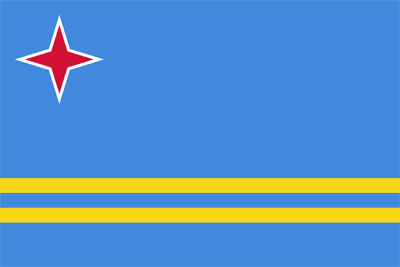 Figure 3. Cumulative COVID-19 deaths in the Region of the Americas, to 31 December 2022

In response to these health priorities, the Government of Aruba has developed a National Multi-Sectoral Action Plan for Non-Communicable Diseases (2020–2030), with the following 10-year goal: "By 2030, increase the protective factors for NCDs, while reducing the modifiable risk factors, using an evidence-based approach through multi-sectoral actions to enable sustained behavior change with a particular focus on prevention." The guiding principles include a commitment to universal health coverage, health equity, and multisectoral solutions (health in all policies). Implementation is driven by four strategic goals: (1) establishing effective leadership and governance for the implementation of a Strategic Multi-Sectoral Action Plan for the prevention and control of noncommunicable diseases; (2) strengthening noncommunicable disease surveillance, monitoring, evaluation, reporting, and decision-making as part of the national information systems for health; (3) reducing noncommunicable disease risk factors, promoting protective factors, and addressing the social determinants of health; and (4) strengthening the integration of preventative and curative services for the effective management of noncommunicable diseases, including self-management. Equitable access to health care is a central aspect of the associated Aruba National Strategic Plan (2020–2022), which advocates for equitable and direct access to basic services, including health. It specifically aims to address the needs of populations in situations of vulnerability in society, including strengthening mental health support, and child protection frameworks.

The health systems in the Dutch Caribbean largely mirror that of the Netherlands. The general practitioner is the first point of contact and is the cornerstone of primary health care. In Aruba, the responsibility for ensuring quality health care and developing legislation, guidelines, and policy falls within the remit of the Ministry of Health, while the Netherlands oversees the operations of the hospitals and other clinical services provided on the island. Aruba's population is aging, and the increasing proportion of older adults is predicted to continue. In 2020, the proportion of Aruba's population aged 65 and older was 15.0%. This proportion is predicted to rise further to 22.3% by 2040, and to 26.1% by 2060. Over the period 1999–2017, noncommunicable diseases were the leading cause of death in Aruba. Overall, the top four causes of death were cardiovascular diseases, cancers, diabetes, and chronic respiratory diseases. In women, the top four causes of death were cerebrovascular disease, diabetes, ischemic heart disease, and breast cancer, while the top four for men were ischemic heart disease, cerebrovascular disease, heart failure, and diabetes. Morbidity data in Aruba remain less accessible, with self-reported information available from the population census. The 2010 census recorded one chronic health condition reported by about 32% of the population; with about 50% of persons over the age of 65 reporting at least one chronic condition.

The negative social and economic shocks of the COVID-19 pandemic highlighted frailties within Aruba's healthcare system. With the Dutch Government a plan is being developed to address preparedness and response capacity. With the Dutch Government, Aruba is working on a "kingdom-wide" plan to address the preparedness and response capacity among the islands. For Aruba, the guiding document Repositioning Our Sails: Aruba's Mission Driven Model for Economic Recovery & Resilience documents the political and civic commitment for structural reforms and the goals for sustainable, stable, and resilient economic recovery. It sets out the long-term economic aspirations, and details shorter-term benefits, for example, increasing the robustness of the healthcare system. The plan's development is complemented by Pan American Health Organization (PAHO) technical cooperation activities centered on health systems and services. The activities are aimed at strengthening policy development and facilitating the identification, reporting, and management of the COVID-19 response.