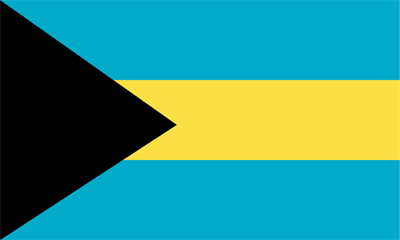 Between 2000 and 2010, the average number of years of schooling in The Bahamas increased by 7.4%, reaching an average of 11.9 years in the latest year for which information is available. The unemployment rate in 2021 was 13.2% for the total population. Disaggregated by sex, the rate was 13.4% for women and 13% for men.

Regarding the immunization strategy, measles vaccination coverage was 82% in 2021, a decrease of 11 percentage points over 2000.

Also in 2016, 43.3% of the population reported insufficient physical activity.

The National Development Plan of The Bahamas (Vision 2040) sets out a long-term road map for development, including a vision for a modern, sustainable, and universally accessible healthcare system that is wellness-focused and delivers continuously improving outcomes. This universal accessibility represents an adoption of the global move toward universal health coverage. The associated National Health Services Strategic Plan (2010 –2020) sets out detailed objectives. The objectives included a shift to multisectoral collaboration that recognizes the need for health in all policies and as a key tool for increasing health system resilience to external pressures. This focus on multisectoral collaboration recognizes that health is a social product and that health problems stem directly and indirectly from root social and economic determinants.

The Bahamas population is aging, and the pace of this aging is predicted to increase. In 1980, the proportion of The Bahamas population aged 65 and older was 4.1%. This proportion increased to an estimated 7.7% by 2020, and is predicted to rise to 19.9% by 2060. This future 40-year increase of 12.1 percentage points is above the regional average for the Caribbean of 10.7 percentage points, but below the average for the Americas of 13.7 percentage points. This demographic transition is in part due to important progress in reducing the burden of infectious diseases. In 2000, HIV/AIDS was the main cause of death and disability in The Bahamas, accounting for 14% of all healthy life lost. By 2019, this burden had been reduced by two-thirds, to 4.8% of all healthy life lost. Cardiovascular diseases, cancers, and diabetes in 2019 were the top three causes of death and disability, collectively accounting for 38.4% of all healthy life lost. The burden of self-harm and violence, and unintentional injuries collectively accounted for 11.8% of all healthy life lost in 2019, a rise of one-third since 2000. Solutions to each of these challenges require multisectoral cooperation.

The country remains in recovery following the devastation on the islands of Abaco and Grand Bahama due to Hurricane Dorian, which has resulted in a redistribution of government funds. Government priorities for health include strengthening the stewardship and governance of the health system in conjunction with improving system integration and cohesion. A new Strategic Plan for Health (2023–2028) is planned, and combating chronic noncommunicable diseases, strengthening human resources for health, and advancing digital transformation have been highlighted as priorities. A range of strategic actions have been highlighted that will improve access to care; these include the expansion of services by extending opening hours and adoption of telehealth/telemedicine technologies, implementation of strategies aimed at eliminating/reducing out-of-pocket expenses in the public sector and social security, and policies aimed at ensuring universal access and strengthening the model of care. The Bahamas experienced four extended COVID-19 outbreak surges between April 2020 and May 2022, with most of the 810 confirmed deaths by May 2022 concentrated in these outbreak periods. The major ongoing COVID-19 policy is the further scale-up and implementation of the vaccination program in cooperation with international partners. COVID-19 is one example of an external pressure, and these pressures are recognized as a major risk to the ongoing healthcare reform. Extreme weather events are another type of external pressure that has long been a threat to the islands of The Bahamas. Hurricane Dorian in 2019 followed by COVID-19 from 2020 have highlighted again the urgent need to strengthen linkages and build resilient capacity for coping with the joint challenges of climate change and health. These linkages and capacity deficits are visible in the areas of (1) climate change and health policy; (2) health workforce; (3) community and civil society engagement; (4) climate resilient health infrastructure; (5) data collection, information and technology; and (6) financing for climate change and health issues. Priorities for health related to COVID-19 are the strengthening of public health surveillance to detect cases early using expanded testing and contact-tracing activities, and developing new legislation and regulations to govern the pandemic.

The dispersed nature of The Bahamas archipelago presents a unique and key equity challenge for healthcare service delivery and impacts accessibility, patient transfers, the scope and mix of services available, and the availability of health professionals to deliver quality and equitable care to all. The strategic plan objectives also focus on maintaining healthy individuals through life course – particularly through primary care strengthening, improving noncommunicable disease outcomes, improving mental health services and realigning human resources in health for the changing national disease profile. The strategy includes the need for improved information and information systems to aid decision-making. Joint working to achieve universal health coverage can also be considered an indirect attempt to tackle health inequalities.

3. The Government of The Bahamas. The National Development Plan of The Bahamas: a nation moving forward, upward, onward together. A nation becoming smarter, faster, stronger together. 2016.