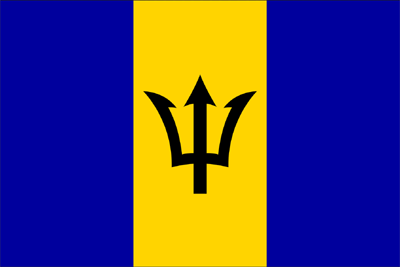 Life expectancy at birth was 79.4 years in 2021—higher than the average for the Region of the Americas and 2.8 years higher than in 2000.

In 2000, the average number of years of schooling in Barbados reached 9 years in the latest year for which information is available. The unemployment rate in 2021 was 10.4% for the total population. Disaggregated by sex, the rate was 11.5% for women and 9.3% for men. The literacy rate was 99.8% in 2014.

During the period 2000–2021, the country maintained its score of the Human Development Index, at 0.8; during the same period, the index rose 13.5% internationally and 9.4% in Latin America (Figure 2).

Regarding the immunization strategy, measles vaccination coverage was 77% in 2021, a decrease of 17 percentage points over 2000.

Also in 2016, 85.8% of the population reported insufficient physical activity.

In 2005, the Barbados Government released its long-term strategic plan (2005–2025), placing people at the heart of development, and with plans for enhancing public health, and strengthening healthcare management and human resources for health. Successes in reducing the burden of communicable diseases, especially the burden of HIV/AIDS, further pushed the disease profile toward noncommunicable diseases, and new associated challenges. By 2015, the Barbados Ministry of Health had produced strategic plans for noncommunicable diseases and for preventing childhood obesity. These plans laid the foundation for a second 5-year strategy for preventing and controlling noncommunicable diseases. This latest strategy deliberately focuses on health promotion, risk factor reduction, and prevention of disease and disease complications, aiming to strengthen the primary healthcare approach, take advantage of Barbados’ network of polyclinics, enhance their functioning, and advance to universal health – an adoption of the global move toward universal health coverage.

This approach is in keeping with the shared vision of the draft Barbados National Strategic Plan for Health 2018-2022: “Healthy productive people and communities through excellent care for everyone, everywhere, every time.” The plan has various priority areas: (1) risk factor reduction including preventing childhood obesity, focusing on harmful alcohol use, tobacco control, food security and nutrition, and physical activity; (2) improved noncommunicable disease management using primary health care and the chronic care model, and specifically recognizing the increasing burden of multimorbidity; (3) using noncommunicable disease surveillance and research for evidence-based action, including to guide future noncommunicable disease prevention and control, including related to multimorbidity and health inequalities; (4) multisectoral partnerships that recognize the health in all policies approach, and which in particular will explore linkages with agriculture, climate change, between ministries, and with other Small Island Developing States; and (5) health communication for promoting noncommunicable disease prevention and control, involving civil society, young people, and people living with noncommunicable diseases.

The Barbados population has one of the oldest age profiles in the Caribbean, and the pace of this aging is predicted to increase. In 1980, the proportion of Barbados’ population aged 65 and older was 10.6%. This proportion increased to an estimated 16.7% by 2020, and is predicted to almost double to 29.1% by 2060. This future increase of 12.4 percentage points represents a continued rapid rise in older adults, and remains above the regional averages for the Caribbean of 10.7 percentage points, but below the average for the Americas of 13.7 percentage points. The disease burden is increasingly dominated by noncommunicable diseases. Cardiovascular diseases, diabetes, and cancers in 2019 were the top three causes of death and disability, collectively accounting for almost half of all healthy life lost. Including all other noncommunicable diseases raises this burden to over 80% of all healthy life lost. There has been important progress in reducing the burden of HIV/AIDS, which in 2019 accounted for just 1% of healthy life lost, down by almost three-quarters since 2000. Diabetes is a national concern. The burden of diabetes continues to increase, is driven by nationally high rates of obesity and physical inactivity, and requires lifelong comprehensive care that is onerous for those living with the condition and for healthcare financing. Solutions to the prevention and control of noncommunicable diseases require multisectoral cooperation.

Barbados experienced four extended COVID-19 outbreak surges between April 2020 and May 2022, with over 400 confirmed deaths by May 2022 concentrated in these outbreak periods. A major ongoing COVID-19 policy is the further scale-up and implementation of the vaccination program in cooperation with international partners. The World Bank approved a COVID-19 Response and Recover Loan in 2021, recognizing the severe socioeconomic impacts of COVID-19 on this heavily tourism-dependent country. The loan enables a program of structural reforms for strong post-COVID recovery. This will include focus on improving fiscal sustainability; strengthening the investment climate; promoting economic diversification, trade, and finance; and enhancing the economy’s resilience to natural disasters and climate change.