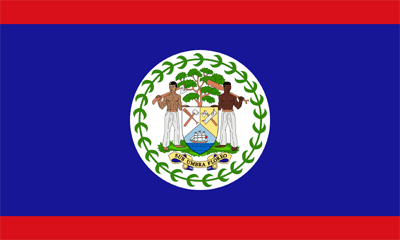 Figure 2. Human Development Index in the Region of the Americas, 2019

Figure 3. Public expenditure on health as a percentage of gross domestic product in the Region of the Americas, 2018

There were no cases of human rabies in the country in 2020. Between 2010 and 2021, Belize achieved a 100% reduction in local malaria cases (from 150 cases to zero cases), with its last case reported in December 2018. Belize has maintained zero local cases for a third consecutive year, fulfilling a key eligibility for malaria-free certification by the World Health Organization.

The National Development Framework for Belize (2010–2030), known as Horizon 2030, set out a long-term road map for development focused on youth, inclusivity and the need to create "One Belize - Un Belice," and development based on intersectoral collaboration. Two key health strategies in this development were a focus on health in the community throughout the life cycle and achieving universal access to health care – an adoption of the global move toward universal health coverage. The subsequent Belize Health Sector Strategic Plan (2014–2024) builds on these key strategies with objectives to strengthen the national primary healthcare system, human resources in health, health information systems, and health system quality control. Improvements in health service management and health financing are specifically designed to help achieve universal health coverage. The focus on primary care deliberately targets health behavior as a more efficient and sustainable model of health care. The focus on shared responsibility and multisectoral collaborations recognizes that health is a social product and that health problems stem directly and indirectly from root social and economic determinants. Joint working is therefore an indirect attempt to tackle health inequalities, with persistent inequalities recognized in particular between urban and rural populations of Belize and between ethnicities across the country.

Efforts have begun on primary care capacity-building, particularly to address hypertension as the major precursor to cardiovascular disease. Interventions to address unhealthy diets are ongoing but multisectoral actions are needed to promote healthy eating among the general population. A number of projects to bolster universal health coverage are ongoing. For example, the Health Sector Reform Project has implemented health system decentralization, and currently the model is being reviewed with the objective of improving efficiency and effectiveness geared toward an improvement of the quality of care.

The community health workers program spearheaded by the Health Education and Community Participation Bureau is currently focusing on improved training for community health workers, and an increase in their number and regional coverage. The national health insurance scheme has been operating for two decades, in the southside of Belize City and the south of the country, with recent expansion to selected areas in the north. The scheme is a joint public-private partnership for providing health services, with an emphasis on expanded access to diagnostic and treatment.

Equity in health service delivery has been recognized as a priority, and is being tackled with a number of initiatives, including an expansion of the health workforce in key areas (general practitioners, medical specialties, medical laboratory technologists, and nurses), expansion of the national health insurance scheme to the northern health region, improvement of community health facilities, and training for healthcare personnel in evidence-based healthcare.

Belize has a relatively young population, but is aging and the pace of this aging is predicted to increase. In 1980, the proportion of Belize’s population aged 65 and older was 4.5%. This proportion remained static in the intervening 40 years, nudging up to an estimated 5.0% by 2020, but is predicted to rise dramatically to 16.8% by 2060. This future increase of 11.8 percentage points represents a rapid rise in older adults that is above the regional average for the Caribbean of 10.7 percentage points, but below the average for the Americas of 13.7 percentage points. This demographic transition is in part due to Belize’s important progress in reducing the burden of infectious diseases.

The burden of maternal and neonatal disorders, respiratory infections, and HIV/AIDS and other sexually transmitted infections have all reduced, with the disease burden shifting towards noncommunicable diseases. Cardiovascular diseases, diabetes, and cancers in 2019 were the top three causes of death and disability, collectively accounting for around one-quarter of all healthy life lost. The burden of self-harm and violence, unintentional injuries, and transport injuries collectively accounted for 18.4% of all healthy life lost in 2019, with self-harm and violence of particular concern, rising by almost 50% since 2000.

Mental disorders continue to increase in importance. Solutions to each of these challenges require multisectoral cooperation. Although the noncommunicable disease burden on the health system and on communities has not been economically quantified, the increasing noncommunicable disease disability among working age populations hints at the growing national impact. Rehabilitation services after, for example, heart attacks and strokes stand out as a key health priority that needs urgent attention.

External pressures are recognized as a major risk to the ongoing healthcare reform. Climate change is a notable example from the National Development Framework, and the financial crisis of 2009 and the COVID-19 pandemic in 2020-2021 have adversely affected the economic stability across the Small Island Developing States of the Caribbean. Belize experienced three major COVID-19 outbreak surges between April 2020 and May 2022, with most of the 677 confirmed deaths by May 2022 concentrated in these outbreak periods.

Early in the pandemic, the Government of Belize identified several areas of vulnerability in the health system in the context of the pandemic: (1) shortages of equipment and supplies for COVID-19 testing; (2) inadequate facilities for case surveillance at point of entry; (3) critical gaps in availability of nurses, medical officers, lab technicians, and other personnel; (4) lack of sufficient personal protective equipment (PPE) and medical equipment; (5) potential disruption of care for critical groups (women of reproductive age, chronic disease patients, and victims of gender violence) due to increased demand from COVID-19 patients; and (6) low capacity to properly manage medical waste.

The major ongoing COVID-19 policy is the further scale-up and implementation of the vaccination program in cooperation with international partners. Capacity-building for COVID-19 clinical management, infection control and prevention, surveillance, and laboratory services have been given priority. The procurement of hospital equipment has been a significant collaboration with United Nations agencies.

Health inequalities have been highlighted, in particular between urban and rural populations of Belize and between ethnicities across the country. Reducing these inequalities is being addressed via a range of interventions such as the improved imaging equipment, expansion of the national health insurance scheme, as well as increased health workers and facilities. Although improvements are being made at the regional level, it is recognized that further input is required at the community level. Specialty services at these hospitals are provided through unsustained efforts done by the regional hospitals. At the regional level, expansion of clinical laboratory services has continued. Important interventions are being implemented in the areas of surveillance, diagnosis and treatment to address HIV, tuberculosis, and malaria.

7. Inter-American Development Bank. Program to support the health sector to contain and control coronavirus and to mitigate its effect on service provision (BL-L1036) and support to the financing of the purchase of COVID-19 vaccine and its implementation (BL-U0001). Loan and guarantee proposal. Belize. IDB; 2021.