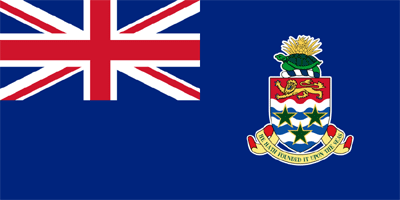 Between 2004 and 2015, the average number of years of schooling in the Cayman Islands increased by 15,6%, reaching an average of 13,4 years in the latest year for which information is available. The unemployment rate in 2020 was 5.2% of the total population. Disaggregated by sex, the rate was 6.2% for women and 4.2% for men. The literacy rate was 98.9% in 2007 (98.7% for men and 99% for women). The Cayman Islands enjoys a high standard of living with a gross domestic product (GDP) of US$85 340 and low poverty levels for 2020. Despite one of the region's highest GDPs, the Cayman Islands faces economic deprivation and inequalities in some parts of the multi-island territory.

Regarding the immunization strategy, measles vaccination coverage was 85% in 2021, a decrease of 4.5 percentage points compared to 2000.

In relation to fertility, the Cayman Islands 2021 Census of Population and Housing survey results revealed that about 51.7% of all females aged 15 to 49 years are mothers. It is estimated that in 2022 women had an average of 1,2 children throughout their reproductive lives. In the specific case of adolescent fertility, the rate among teens (15–19 years) in 2022 was 10,9, decreasing by 79,7% from 2000.

In 2020, there were three new cases of tuberculosis per 100 000 population in the Cayman Islands.

There were no cases of human rabies in the territory in 2020.

In the Cayman Islands, the prevalence of tobacco use among people aged 15 and older was 15% in 2012, according to the Government Chronic Disease Risk Factor Survey, known as the Health National survey.

In 2012, the reported prevalence of arterial hypertension (high blood pressure) among people aged 18 years or older was 26.5%. The prevalence of diabetes mellitus stood at 4.36% in 2021.

The Ministry of Health and Wellness aims to empower people in the Cayman Islands to achieve optimal well-being through strategic policies, innovative programs, and proactive services governed by the highest principles of justice, personal and public integrity, and excellence of standards. The Ministry of Health and Wellness consists of the core ministry office, and it has the responsibility to oversee the performance of five statutory authorities and/or government companies that fall within its remit. These are the Public Health Department, Health Services Authority, Health Regulatory Services, and The National Drug Council.

The community health services provide primary care through five satellite health centers – one for each district in Grand Cayman. Services provided include general practice, immunizations, maternal and child health care, health education, and support of patients with disabilities in their homes. There are public health programs, including:

The COVID-19 pandemic has been addressed by several initiatives from the Health Services Authority of the Cayman Islands. During the pandemic, several gazettes were issued describing the public health measures to control and suppress COVID-19. The regulations publicly shared through each gazette highlighted the measures to tackle the dissemination of the virus. Among the actions performed, it is possible to highlight the structuring of measures for:

The plan to tackle the COVID-19 pandemic was organized in phases. The fifth phase, characterized by regulations, was implemented on 17 February 2022. This phase lifted the need for post-arrival testing for vaccinated travelers. Additionally, preflight testing was no longer required for vaccinated persons traveling between the territory's islands.