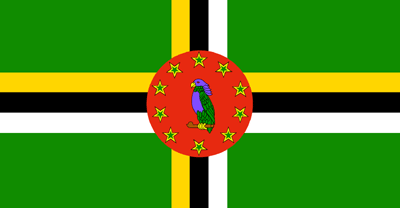 In 2000, the total population of Dominica was 68 346 inhabitants; by 2021 this figure had risen to 72 413, representing a 5.9% increase. Dominica’s population is aging. Regarding the country's demographic profile, in 2021 people over 65 years of age accounted for over 9.3% of the total population, a decrease of 0.5 percentage points compared to the year 2000. This share is expected to rise further, to almost one-quarter by 2040 (Figure 1).2 An aging population presents challenges for healthcare funding and social support. The dependency ratio (number of adults aged 65 and older for every 100 people aged 15–64) offers a simple metric for assessing a country's ability to fund its aging population. In Dominica in 2000 the dependency ratio was 18, and is estimated to more than double, to 38, by 2040.

Life expectancy at birth was 78 years in 2021—higher than the average for the Region of the Americas and 3.3 years higher than in 2000.

Between 2000 and 2019, the average number of years of schooling in Dominica increased by 3.8%, reaching an average of 8.1 years in the latest year for which information is available. The unemployment rate in 2001 was 11% for the total population.

Regarding the immunization strategy, measles vaccination coverage was 92% in 2019, a decrease of 7 percentage points over 2000.

Also in 2016, 21.6% of the population reported insufficient physical activity.

According to estimates by the World Health Organization, there were no excess deaths in the country during 2020; a total of 69 excess deaths were estimated in 2021, for an excess mortality rate of 96 per 100 000.

The Strategic Plan for Health (2008–2018) highlighted chronic disease as the key health challenge along with new and ongoing communicable diseases (such as dengue, Zika, and chikungunya viruses). Population decline and the associated aging population pose recognized challenges for health system realignment, and a continued loss of skilled health professionals overseas affects health service delivery. The strategic plan outlined strategies in three areas. The first concerns policies to improve population health, with many objectives recognizing the major burden of noncommunicable diseases, and also the ongoing problems of mental health and injuries. The second involves a recognition of the role of social inequalities on the national health burden with objectives to enable healthy lifestyle behaviors such as quitting smoking, reducing alcohol consumption, and increasing physical activity, and to tackle gender and employment-based health inequalities. The third area concerns health system strengthening and improved financing, including ensuring adequate number of health professionals, appropriately trained for the shifting disease burden. More recently, the Government of Dominica has produced a National Resilience Development Plan to guide sustainable and resilient national development for the coming decade. The plan outlines a broad objective for a robust modern health system that is accessible and affordable – with these elements representing a continued adoption of the global move toward universal health coverage; universal access and equity in health was a broad goal originally outlined in the Strategic Plan for Health. Human resources for health are again a recognized priority, and there are associated objectives for gender equality and for recognizing and tackling the vulnerabilities of the Kalinago communities.

Dominica's population is aging, and the increasing proportion of older adults is predicted to continue. In 2020, the proportion of Dominica's population aged 65 and older was 12.2%. This proportion is predicted to rise further to 17.8% by 2040, and to almost one-quarter by 2060). The disease burden is dominated by noncommunicable diseases. Cardiovascular diseases, diabetes, and cancers in 2019 were the top three causes of death and disability, collectively accounting for almost half all healthy life lost. Including all other noncommunicable diseases raises this burden to around three-quarters of all healthy life lost. Neonatal disorders are a continued concern, contributing 5% of all healthy life lost in 2019, and with little change since 2000. Solutions to the prevention and control of noncommunicable diseases and maternal and child health require multisectoral cooperation.

Dominica escaped community transmission of COVID-19 until September 2021 and has since seen three outbreak peaks, and with all of the 67 confirmed deaths by May 2022 concentrated in these outbreak periods. The vaccination program in cooperation with international partners represents a major ongoing COVID-19 policy. COVID-19 is one example of an external pressure, and these pressures are recognized as a major risk to ongoing healthcare improvements. Extreme weather events are another external pressure that have long been a threat to Dominica. On 18 September 2017 the category 5 Hurricane Maria made landfall on the southwest coast of Dominica, resulting in damage estimated at over twice the size of the national GDP. Ninety percent of roofs were damaged or destroyed, and crops were devastated. The hurricane was one more reminder of the fragility of the Small Island Developing States of the Caribbean, and the Government of Dominica has since pushed for national resilience in all development. The National Resilience Development Plan has become the resilience handbook for the nation, with development now focused on resilience to future extreme weather events. In 2021 and 2022 the World Bank approved funds to support Dominica's COVID-19 response to save lives, livelihoods, and jobs, while laying the foundation for longer-term economic recovery. Further funding will enable the establishment of guidelines for a vulnerability, risk, and resilience fund to be able to respond to future shocks quickly. These programs were specifically aligned with the country's National Resilience Development Strategy and COVID-19 response strategy.