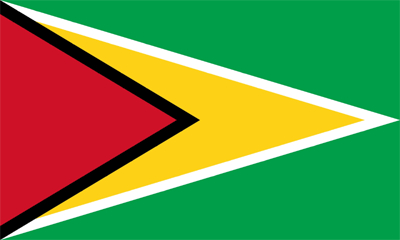 Regarding the immunization strategy, measles vaccination coverage was 94% in 2021, an increase of 8 percentage points over 2000.

Also in 2016, 15.8% of the population reported insufficient physical activity.

The Green State Development Strategy, Vision 2040 places sustainable, low-carbon, and resilient use of natural resources at the heart of the country's future development. Within this context and consistent with Sustainable Development Goal 3, the Vision 2040 development agenda promotes healthy lives and well-being for all Guyana's citizens, and the development of universal health access – an adoption of the global move toward universal health coverage. The strategy describes 16 health system priorities (with underpinning policies), which can be grouped into four broad themes: (1) the development of primary health care as the foundation of Guyana's health care service; (2) the development of universal health coverage includes focusing on currently underserved indigenous peoples and other populations in situations of vulnerability, strengthening health system referrals and health financing to enhance equitable access, and improving national capacity to run an integrated universal health coverage system; (3) health system strengthening through improved disease surveillance, monitoring healthcare quality and results, and a focus on human resources in health; and (4) collaborations across government – a move toward recognizing the need for health in all policies, and multisectoral collaborations, particularly in the areas of public sanitation and neighborhood environmental quality.

Guyana has a relatively young population but is aging, and the pace of this aging is predicted to increase. In 1980, the proportion of Guyana's population aged 65 and older was 3.8%. This proportion increased to an estimated 6.2% by 2021. This increase represents a rapid rise in older adults, but remains below the regional average for the Caribbean of 10.7 percentage points, and for the Americas of 13.7 percentage points. Guyana has made important progress in reducing the burden of many infectious diseases, including intestinal (enteric) infections, HIV/AIDS and other sexually transmitted infections, and notably malaria. The disease burden is shifting toward noncommunicable disease. Cardiovascular diseases, diabetes, and cancers in 2019 were the top three causes of death and disability, collectively accounting for over one-third of all healthy life lost. The health system has made important improvements over the past decades, but challenges remain. Neonatal and maternal disorders and respiratory infections (such as influenza, pneumonia, and tuberculosis) remain important causes of healthy life lost and reflect Guyana's continuing double burden of noncommunicable diseases and infectious diseases. Suicides remain close to three times the global and regional averages. Solutions for reducing these challenges require multisectoral cooperation.

Regional and global external pressures are recognized as a major risk to the ongoing healthcare reform. Climate change is a notable example from the National Report, and the financial crisis of 2009 and the COVID-19 pandemic in 2020-2021 have adversely affected the economic stability across the Small Island Developing States of the Caribbean. In response to the onset of COVID-19, the Government of Guyana outlined a Preparedness and Response Plan and activated the Health Emergency Operations Centre to oversee coordination and implementation of the plan and support intersectoral coordination. Support from the World Bank and others has contributed to COVID-19 health system strengthening, for example, to adapt to the acute healthcare demands of the outbreak, to facilitate procurement of equipment and medicines, to build sustainability in hard-to-reach settings, to train laboratory professionals, and to decentralize the COVID-19 response for the particular benefit of vulnerable populations. The National Health Multi-Hazard Emergency Management Plan has been updated to include the need for stronger national surveillance and response systems. A major ongoing COVID-19 policy is the further scale-up and implementation of the vaccination program in cooperation with international partners.

A concern raised in Vision 2040 was of inadequate health facilities and services in hinterland and coastal communities, such as a shortage of doctors and other trained specialists, shortages of medicines, and health centers that were not well equipped. These inequities have driven the current emphasis on primary care, universal health coverage, and health system strengthening. Health Vision 2030 aligns with Vision 2040 and is the National Strategic Plan for Health to take Guyana through the coming decade. It focuses on health care coverage using primary healthcare and health financing as enablers of universal health coverage. It also targets social determinants of disease to address ongoing health inequalities, recognizing that healthcare delivery may vary according to community context. Additionally, the Ministry of Health will be developing public-private partnerships to enhance healthcare coverage and access. Already a memorandum of understanding has been established to enable private partners to provide care for a range of chronic conditions and infertility.

7. Inter-American Development Bank. Program to support the health sector to contain and control coronavirus and to mitigate its effect on service provision (BL-L1036) and Support to the financing of the purchase of COVID-19 vaccine and its implementation (BL-U0001). Loan and guarantee proposal. Guyana. 2021.