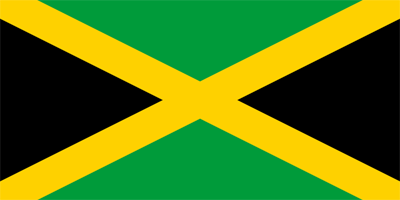 Life expectancy at birth for the year 2021 was 70.5—lower than the average for the Region of the Americas—and represents an decrease of 0.4 years lower than in 2000 when it was 70.9.

Also in 2016, 65.1% of the population reported insufficient physical activity.

Aligned with Vision 2030, Jamaica's National Development Plan and by extension the Sustainable Development Goals, the Vision for Health 2030 ten-year strategic plan aims to improve the health and well-being of the population through health impact goals. These can be summarized in two themes. First, the reduction of disease burden due to noncommunicable diseases and communicable diseases, including the elimination of neglected tropical diseases. Second, health equity through ensuring safe motherhood and a healthy start for newborns and infants, and by protections for populations in situations of vulnerability. The plan embraces the goal of universal access to health care – an adoption of the global move toward universal health coverage.

Specific strategies include an expansion of primary care and infrastructure modernization to safeguard access to equitable and quality health care. Strengthening ministry of health governance and health-financing, and aligning human resources for health with the country’s shifting disease profile are key tools for enabling universal health coverage. Working with the Pan American Health Organization (PAHO), Jamaican healthcare development is focusing on resilience within the context of universal health coverage, health throughout the life course, the promotion of health-in-all-policies to address the social determinants of health, and multisectoral collaborations.

Jamaica has made important progress in reducing the burden of maternal and neonatal disorders, respiratory infections, and notably HIV/AIDS and other sexually transmitted infections. The disease burden is now dominated by noncommunicable diseases. Cardiovascular diseases, diabetes, and cancers in 2019 were the top three causes of death and disability, collectively accounting for 42 percent of all healthy life lost. Other noncommunicable diseases increase this burden to three-quarters of all healthy life lost. The burden of mental disorders, self-harm, and violence has increased, collectively accounting for 10% of all healthy life lost in 2019.

Ongoing challenges to health include the threat of emerging and reemerging diseases, especially those that are mosquito-borne, lifestyle risk factors contributing to the noncommunicable disease burden, and structural health system concerns, such as healthcare governance, financing, and difficulties with recruiting and retaining health professionals. Solutions to each of these challenges require multisectoral cooperation.

HIV remains a health challenge. In 2017, the Government of Jamaica committed to a “treat all” policy but remains far from achieving the second and third of the United Nations globally agreed targets of 95% tested, 95% treated, and 95% with viral suppression. Respiratory disease from environmental air quality is a relatively new health challenge, and the Government of Jamaica is working on a national air-quality road map.

The increasing burden of mental disorders has recently been highlighted by the COVID-19 pandemic. Jamaica has developed a National Mental Health Strategic Plan (2020–2025), and the WHO Mental Health Gap Action Programme is being implemented.

Jamaica experienced four major COVID-19 outbreak surges between April 2020 and May 2022, with many of the 3000 confirmed deaths by May 2022 concentrated in these outbreak periods. The Government of Jamaica, with support from the World Bank and other agencies, undertook a COVID-19 response and recovery program, centered on protections for poor and vulnerable communities, supporting sustainable business development and job creation, and strengthening policies and institutions for resilient recovery.

A major ongoing COVID-19 policy is the further scale-up and implementation of the vaccination program in cooperation with regional and international partners. Planned strengthening of national health surveillance activities will include COVID-19 as a notifiable respiratory condition. The COVID-19 pandemic has highlighted the need for strengthened pandemic preparedness in health and related sectors, and the importance of multisectoral partners in contributing to this preparedness. A PAHO technical cooperation program will help to strengthen the response capacity, with a focus on this multisectoral approach.

Strategic Goal 5 of Vision 2030 is aimed at reducing inequalities through improvements in social participation and health promotion to address the social determinants of health that negatively impact health status. Regional and global external pressures are recognized as a major risk to the ongoing healthcare improvements. Vision 2030 places the sustainable management of environmental resources, and climate change adaptation at the heart of national development. The financial crisis of 2009 and the COVID-19 pandemic in 2020–2021 are two examples of external pressures that have adversely affected the economic stability across the small island developing States of the Caribbean.