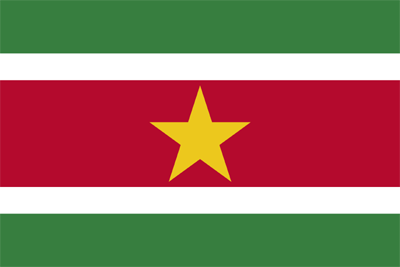 Life expectancy has progressively increased with respect to the year 2000. This trend is expected to continue, as is the proportion of the population over 65 years of age. Life expectancy at birth was 71.9 years in 2021—lower than the average for the Region of the Americas and 6 years higher than in 2000.

Although the country has shown a decrease in maternal, infant, and under-five mortality since 2000, its values are still high. In this regard, it is expected that the country, together with the Pan American Health Organization (PAHO), will continue to make progress in implementing strategies and programs such as the National Maternal and Neonatal Health Strategy 2021–2025.

In the last 10 years, Suriname has achieved important goals toward malaria elimination, with the possibility of eradicating it by 2025. It is expected that the country will continue to take action to control tuberculosis and human immunodeficiency virus (HIV).

In Suriname, the prevalence of overweight and obesity among people aged 15 and older was 58,9% in 2016.

Also in 2016, 88,9% of the population reported insufficient physical activity.

The PAHO office collaborated technically with the country during the COVID-19 pandemic in the development of protocols and guidelines, and in the preparation of health services for diagnosis and clinical management.

The National Development Plan for Suriname (2017–2021) identified two high-level health policy priorities: the broad prevention and reduction of disease and mortality, and the availability and accessibility of quality health care for the entire population – an adoption of the global move towards universal health coverage. The Suriname Ministry of Health has developed a healthcare vision of guaranteed access to quality care. Through this vision, the reduction of disease and mortality is driven by multisectoral integration, and universal health coverage development by ensuring universal and sustainable accessibility to health care with measurable quality. Limited resources have been recognized with an action plan for healthcare efficiency gains. Contributing to this is the development of information systems for health as well as the digital transformation of the sector to improve evidence for decision-making.

At the national level, there has been a review of the health insurance scheme and the services offered. Provision of health services to populations in vulnerable situations in the rural interior by the Medical Mission Primary Health Care Services continues. There is advocacy for the disaggregation of health data by ethnicity, which will aid the identification of inequities, as a recent study highlighted ongoing inequalities in healthcare access, particularly for the rural interior of Suriname, compared to urban and coastal regions. This in part reflects a fragmented healthcare system. A special health service provides primary care for the population in the interior (Medische Zending) and in the urban coastal area (RGD). Through the Bureau of Public Health, public health projects and programs are being implemented, including monitoring of health trends. Also under way is a project to implement telehealth in primary health care to improve access to specialist consultations for the interior.

In addressing the social determinants of health, health inequities, and the sustainable health agenda for the Americas, the Government of Suriname has embraced a Health in All Policies approach. An intersectoral body of participants from all major sectors of the government, nongovernmental organizations, and the private sector have formulated key policy measures. Several ministries, including Regional Development, Agriculture, and Economic Affairs, have included budget lines for intersectoral cooperation on health issues.

Before the onset of COVID-19, Suriname had made important progress in reducing the burden of infectious diseases, and these public health successes have introduced an era of demographic transition, with declining fertility and longer lives. Suriname is aging and the pace of this aging is predicted to increase. In 1980, the proportion of Suriname's population aged 65 and older was 4.4%. It had risen to 7.1% by 2020 and is predicted to rise to 16.6% by 2060. These successive 40-year increases of 2.7 and 9.5 percentage points are lower than the regional average for the Americas of 4.6 and 13.7 percentage points, and for the Caribbean of 4.7 and 10.7 percentage points. This transition is reflected in a disease burden shift towards noncommunicable diseases. Cardiovascular diseases, diabetes, and cancers all increased in importance between 2000 and 2019, and in 2019 were the top three causes of death and disability, collectively accounting for 36.9% of all healthy life lost. Despite the reduced importance of many communicable diseases, neonatal disorders still accounted for 7.0% of all healthy life lost in 2019 and remained the fourth most important disease burden. Depression, anxiety, and self-harm (7.3% of all healthy life lost) have increased in importance since 2000. Road injuries (3.0% of all healthy life lost) have decreased in importance, but not by enough to meet the global Sustainable Development Goal target of halving the number of deaths and injuries from road traffic crashes by 2030. Solutions to each of these challenges require multisectoral cooperation.

External pressures, notably the financial crisis of 2009 and the COVID-19 pandemic in 2020–21, have adversely affected the economic stability of the Small Island Developing States of the Caribbean. The ongoing COVID-19 pandemic in particular has affected all countries, although the wealthiest economies of Asia, Europe, and North America provided extensive social support to workers and the general population, injecting 9.8 trillion dollars into their economies (from a global total of $11.7 trillion). This level of support was not possible among the Small Island Developing States of the Caribbean, which had fewer resources to counteract the health and economic burden of the pandemic. Suriname experienced five major COVID-19 outbreak surges between April 2020 and May 2022, with most of the 1339 confirmed deaths by May 2022 concentrated in the last three outbreak periods. The major ongoing COVID-19 policy is the further scale-up and implementation of the vaccination program in cooperation with international partners. Other activities include strengthening health technologies and epidemiology capacity as well as maintenance of the diagnostic capabilities.

10. Oxfam. Shelter from the storm. The global need for universal social protection in times of COVID-19. Oxford: Oxfam International; 2020. Available from: https://www.oxfam.org/en/research/shelter-storm-global-need-universal-social-protection-times-covid-19.