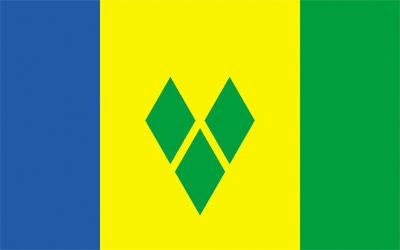 Saint Vincent and the Grenadines

Regarding the immunization strategy, measles vaccination coverage was 96% in 2021.

In Saint Vincent and the Grenadines, the prevalence of overweight and obesity among people aged 15 and older was 55% in 2016.

Also in 2016, 46.1% of the population reported insufficient physical activity.

Figure 5. Proportional mortality in Saint Vincent and the Grenadines, 2000 and 2019

Figure 6. Cumulative COVID-19 deaths in the Region of the Americas, to 31 December 2022

In 2013, The Government of Saint Vincent and the Grenadines released its long-term economic and social development plan (2013–2025). This plan laid out a broad framework for addressing some of the recognized challenges for the health sector, including fiscal constraints, an aging population, high rates of unemployment, relatively high levels of poverty, and an upsurge in noncommunicable diseases. Strategies included strengthening administrative capacity for healthcare governance, expanding public health and primary care for health prevention and noncommunicable disease risk factor reduction, reorienting health services for the challenge of noncommunicable diseases, and improving mental health care.

Building on this development plan, the National Action Plan for the Prevention and Control of Non-Communicable Diseases (2017–2025) detailed five priority areas to combat the increasing noncommunicable disease burden, namely, strengthening the coordination and management of noncommunicable disease prevention and control programs; promoting healthy and active communities through multisectoral policies and partnerships; reducing noncommunicable disease risk factors and enabling healthy behaviors through increasing access to protective factors; health system strengthening for managing noncommunicable diseases and associated risk factors; and improved surveillance, research, and information to provide evidence on health sector priorities and for health communication. The plan recognized the need for a radical reorientation of the healthcare system toward service delivery models for chronic care, and a strong focus on health promotion and partnerships with nonhealth sectors and communities.

The population of Saint Vincent and the Grenadines is aging, and the pace of this aging is predicted to increase. In 1980, the proportion of the population aged 65 and older was 5.8%. This proportion almost doubled to an estimated 10% by 2020, and is predicted to double again to 21.6% by 2060. This future increase of 11.7 percentage points represents a rapid rise in older adults, above the regional averages for the Caribbean of 10.7 percentage points, but below the average for the Americas of 13.7 percentage points. There has been important progress in reducing the burden of neonatal disorders and HIV/AIDS, both down by over one-half since 2000. The burden of road injuries has been reduced by one-third in the same time period.

Saint Vincent and the Grenadines experienced three extended COVID-19 outbreak surges between April 2020 and May 2022, with over 100 confirmed deaths by May 2022 concentrated mostly during the last two outbreaks, in October 2021 and in January–February 2022. COVID-19 is one example of an external pressure, and these pressures are recognized as a major risk to the ongoing healthcare reform. On 9 April 2022, La Soufrière volcano erupted on the main island of Saint Vincent, requiring evacuation of more than 13,000 nearby residents, and estimates of damage to food and forestry in the region of US$ 150 million. This emergency was another example of overlapping environmental crises, as the eruption affected a country already impacted by an ongoing dengue outbreak and the socioeconomic effects of the COVID-19 pandemic, which derailed the tourism industry, one of the main economic activities of the island. One year later, the focus is on socioeconomic recovery, with the income of communities heavily affected by the eruption and the COVID-19 pandemic.