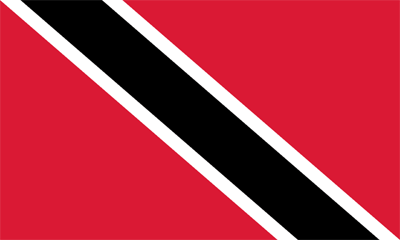 Infant and under-five mortality continues on a path of remarkable reduction, and immunization coverage in childhood is adequate, and it is very important that it does not fall in order to avoid the reappearance of preventable diseases. The levels of maternal mortality and adolescent fertility show a downward trend; in addition, the coverage of institutional deliveries and prenatal checkups is adequate. The central management level of maternal and perinatal health implemented the SIP+ system as a computerized support for surveillance and monitoring of results.

Trinidad and Tobago has achieved these benchmarks over 12 years before the 2030 deadline and has strengthened the systems and resources to ensure that these gains are not reversed.

Regarding the immunization strategy, measles vaccination coverage was 99% in 2019, an increase of 9 percentage points over 2000.

With respect to communicable diseases, it will be important to continue to reduce mortality due to human immunodeficiency virus (HIV) and to reduce the incidence of tuberculosis, for which policies to promote access to medicines and strengthen the primary healthcare strategy are necessary.

Chronic health problems, particularly diabetes, will continue to generate a substantial burden of disease on the population. Mention should also be made of a slight increase in the prevalence of arterial hypertension in recent years. Interventions to promote healthy habits and higher levels of physical activity could be two of the pillars of the response to these problems. The HEARTS program for the management of cardiovascular risk factors, promoted by the World Health Organization (WHO), started in the country in 2019 and has since increased the scale of implementation to the present day.

In Trinidad and Tobago the prevalence of overweight and obesity was 46% in 2016.

Also in 2016, 76,4% of the population reported insufficient physical activity.

Figure 5. Proportional mortality in Trinidad and Tobago, 2000 and 2019

In 2020, Trinidad and Tobago ranked 35th in the Region of the Americas in terms of the number of deaths from COVID-19, and 5th in 2021, with a cumulative 2850 deaths per million population over the two years (Figure 6).

Figure 6. Cumulative COVID-19 deaths in the Region of the Americas, to 31 December 2022

In relation to the response to the COVID-19 pandemic, it is still necessary to advance with the coverage of the initial immunization scheme, aiming to protect the entire population The main functions of four hospitals (Couva, Caura, Arima General, and Fortin) were reoriented to respond to the volume of critically ill patients. In addition to vaccination, hygiene, and distancing measures, the authorities have emphasized the promotion of mental health, self-care, and stress-coping skills, while stressing a message of social responsibility and the fight against stigmatization and discrimination.

In 2016 the Government of the Republic of Trinidad and Tobago detailed the country’s ongoing development agenda. The document, known as Vision 2030, established the development priorities until 2030, closely aligned to the global Sustainable Development Goals. These priorities recognized population aging as a national challenge and set a number of healthcare goals against a vision where quality health care is available to all – an adoption of the global move toward universal health coverage. Key goals related to improving health and health care can be grouped into three broad themes. First, and closely linked to provision of universal health coverage, is the further development of social protections for poverty alleviation among vulnerable and socially marginalized groups, and also with a focus on children, persons with disabilities, and the needs of the increasing numbers of older adults. The second goal is a focus on health system accessibility and quality of car, through modernization, sustainable healthcare financing, and performance management. A third goal is empowering people to live healthy lives with a focus on preventive health care. On the back of this development agenda, the Government of the Republic of Trinidad and Tobago produced a strategy for the prevention and control of noncommunicable diseases. The strategy embraced universal health coverage, evidence-based decision-making, and multisectoral action, and had a focus on health promotion and prevention-focused integrated care. Five-year targets included improving the profiles of key health behaviors (reducing salt, alcohol, and tobacco use, and encouraging physical activity), improving noncommunicable disease management using the comprehensive care model to reduce adverse outcomes, increasing disease surveillance, and developing a health-in-all-policies framework across government.

Trinidad and Tobago is aging and the pace of this aging is predicted to increase by 26.2% by 2060. In 1980, the proportion of Trinidad and Tobago’s population aged 65 and older was 5.4%. This proportion increased to an estimated 11.5% by 2020, and is predicted to more than double to 26.2% by 2060. This future increase of 14.7 percentage points represents a rapid rise in older adults, and is above the regional averages for the Caribbean of 10.7 percentage points, and for the Americas of 13.7 percentage points. The disease burden is dominated by noncommunicable diseases. Cardiovascular diseases, diabetes, and cancers in 2019 were the top three causes of death and disability, collectively accounting for almost half of all healthy life lost. The burden of mental disorders, self-harm, and violence has increased, collectively accounting for 10% of all healthy life lost in 2019. Solutions to each of these challenges require multisectoral cooperation.

Regional and global external pressures are recognized as a major risk to the ongoing healthcare improvements. Vision 2030 places the environment, including resilience in the face of climate change, at the center of future development. The financial crisis of 2009 and the COVID-19 pandemic in 2020–2021 are two examples of external pressures and have tested the agility of the healthcare system. They have adversely affected economic stability across the Small Island Developing States of the Caribbean. By May 2022, in the 24 months since the arrival of COVID-19 in Trinidad and Tobago, there had been 3916 coronavirus-related deaths. The deaths have broadly tracked the case burden, with 25% of all deaths occurring between April and July 2021 (the second national outbreak) and 53% since November 2021 (the third national outbreak). A major ongoing COVID-19 policy is the further scale-up and implementation of the vaccination program in cooperation with regional and international partners.