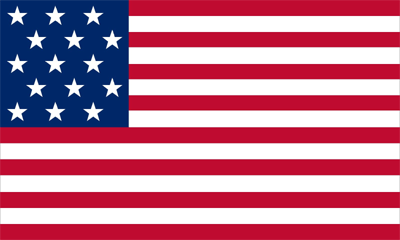 Life expectancy at birth was 79 years in 2021—higher than the average for the Region of the Americas and 2.9 years higher than in 2000.

Figure 1. Population pyramids of the United States of America, years 2000 and 2021

Between 2004 and 2020, the average number of years of schooling in the United States increased by 6.7%, reaching an average of 13.7 years in the latest year for which information is available. The unemployment rate in 2019 was 3.7% for the total population. Disaggregated by sex, the rate was 3.61% for women and 3.72% for men. The literacy rate was 79% in 2013 among adults aged 16–65 who have English literacy skills at a level 2 or above in the Program for the International Assessment of Adult Competencies from the Organisation for Economic Co-operation and Development. In addition, 11.4% of the population was below the national poverty line in 2020, an increase from 10.5% in 2019. In 2019, 1% of the population was living in poverty, defined as the percentage of the population with an income of less than US$ 1.90 per day; this is below the regional average of 3%.

Regarding the immunization strategy, measles vaccination coverage was 90% in 2019, a decrease of 1 percentage point over 2000.

Also in 2016, 40% of the population reported insufficient physical activity.

Figure 6. Proportional mortality in the United States of America, 2000 and 2019

Over the next five years, the process of population aging is expected to continue. In this regard, the United States will have to continue adapting its healthcare system to be able to respond to the challenges that this demographic process implies, including policies for the attention and care of older persons. The problems of system sustainability and high public spending will be permanently on the agenda.

Beyond the high socioeconomic development achieved by the country, one of the pending challenges at the health level is the achievement of equity in terms of health coverage and distribution of available resources.

Regarding the response to the COVID-19 pandemic, the vaccination strategy will continue to be promoted, optimizing the coverage of complete vaccination schedules and reinforcing access to booster doses. One of the obstacles to be faced will be the rejection of immunization by some sectors of the population, which will require redoubling efforts in the area of social communication, possibly supplementing these promotional initiatives with measures restricting circulation or access to certain sites for people who cannot prove that they have been vaccinated.

In the area of infant health, mortality indicators continue to decline favorably. The proportion of under-five mortality attributable to acute diarrheal disease is striking in the context of a highly developed country.

The sustained increase in maternal mortality over the last two decades is serious and notorious. The country should address this problem by promoting universal access to health care for its population, especially for the most vulnerable and unprotected sectors of the population.

The weight of chronic diseases in mortality as a percentage of all causes is characteristic of countries with a higher level of development. The increase in obesity and diabetes in recent years should be slowed down through the design of public policies aimed at promoting healthy eating across the board in all age groups. The prevalence of smoking remains high and will contribute significantly to the burden of cardiovascular disease and cancer in the coming years.

Communicable diseases such as tuberculosis and HIV show downward trends in incidence, as does specific mortality due to these pathologies. External causes are close to duplicating communicable diseases in their impact on mortality, and require a comprehensive approach to contain and reduce them, with particular emphasis on the problem of suicide. Another mental health issue that should be on the health agenda is the problematic use of psychoactive substances, including, among others, opioids and heroin.

2. The Program for the International Assessment of Adult Competencies is a large-scale international study of working-age adults (aged 16–65) that assesses adult skills in three domains (literacy, numeracy, and digital problem-solving). This international study is coordinated by the Organisation for Economic Co-operation and Development (OECD) and developed by participating countries with the support of the OECD.