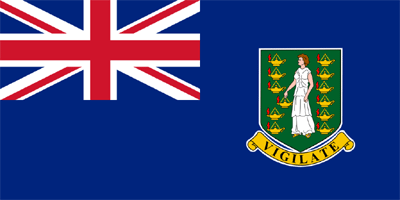 The Health in the Americas+ country and territory profiles are based on the interagency indicators available as of the dates referenced. The sources are referenced in this table. In some cases, the values of the indicators may differ from the most recent data available in the country.

Life expectancy at birth was 79.4 years in 2021—higher than the average for the Region of the Americas and 2.1 years higher than in 2017.

In 2017, 77.7% of people in the British Virgin Islands had an Internet connection.

Regarding the immunization strategy, measles vaccination coverage was 83% in 2021, a decrease of 16 percentage points over 2000.

In 2010, the reported prevalence of arterial hypertension (high blood pressure) among people aged 18 years or older was 8.2. The prevalence of diabetes mellitus which stood at 8.7% in 2021.

In 2018, the British Virgin Islands Health Services Authority began a pilot chronic-care program to improve the management of chronic diseases in the territory. The program is part of the multipronged chronic-care model, a well-established framework shown to improve the care of patients with chronic diseases. A self-management program is being coordinated by the Ministry of Health as part of this initiative. The Social Security (Amendment) Act of 2014 established the Virgin Islands National Health Insurance, and the scheme officially started in January 2016. The fund provides health care to all residents contributing to the scheme, and is an important financial component of universal health coverage.

The population of the British Virgin Islands is aging, and the increasing proportion of older adults is predicted to continue. In 2020, the proportion of the population aged 65 and older was 10.2%. This proportion is predicted to rise dramatically to 19.2% by 2040, and 25.7% by 2060. Life expectancy was estimated at 79.4 years in 2021 (77.7 years among men and 80.8 years among women) and is expected to rise toward the mid-80s, reaching 83.5 years by 2040, and 86.9 years by 2060. These anticipated life expectancy rates are below estimated rates for much of Western Europe, but above many life expectancy estimates for the Caribbean. As with much of the region, the main challenge for the British Virgin Islands is the increasing burden of noncommunicable diseases. Based on information up to 2010, cancers were the leading cause of death, and the proportion of all deaths due to cancer, heart disease, strokes, and diabetes was above 40%.

The British Virgin Islands escaped community transmission of COVID-19 until mid-2021 and has since seen two sharp outbreak peaks, in July–August 2021 and January–February 2022, with most of the 63 confirmed deaths by July 2022 occurring in these two outbreaks. In 2020, the Government of the Virgin Islands produced a comprehensive national action plan against the COVID-19 Pandemic. The Government has taken a strategic approach to preparing for, reducing the impact of, responding to, and recovering from a pandemic. Central to this approach are three overarching goals and a six-phase planning strategy. The three overarching goals are to protect the territory's people, society, and economy during and after a pandemic and are in line with the Government's goals for managing any crisis. The essential functions giving effect to these goals are of an all-of-government nature, although they maintain a health focus in line with the nature of a pandemic emergency. The six-phase strategies are summarized as: (1) Plan For It (planning and preparedness); (2) Keep It Out (border management); (3) Stamp It Out (cluster control); (4) Manage It (pandemic management); (5) Manage It: Post-Peak; and (6) Recover From It (recovery). A major ongoing COVID-19 policy is the further scale-up and implementation of the vaccination program in cooperation with international partners.