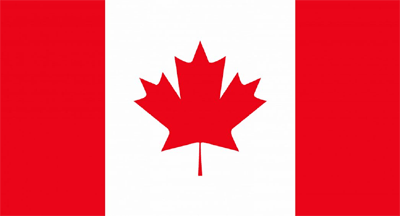 Life expectancy at birth was 82.7 years in 2021—higher than the average for the Region of the Americas and 4.6 years higher than in 2000.

Between 2001 and 2016, the average number of years of schooling in Canada increased by 8.5%, reaching an average of 13.7 years in the latest year for which information is available. The unemployment rate in 2021 was 7.5% for the total population. Disaggregated by sex, the rate was 7.3% for women and 7.7% for men. In addition, 0.2% of the population was below the national poverty line in 2017, defined as the percentage of the population with an income of less than US$ 1.90 per day; this is below the regional average of 3%.

Regarding the immunization strategy, measles vaccination coverage was 90% in 2021 a reduction of 5 percentage points over 2002.

There were no cases of human rabies in the country in 2022.

Also in 2016, 28.6% of the population reported insufficient physical activity.

Climate change is negatively influencing the health of Canadians by driving the spread of infectious diseases, such as Lyme disease, while climate-related natural disasters and extreme weather events are increasing risks of injury or death and adversely affecting the wellness of Canadians.

Certain communities in Canada, including indigenous, racialized, and other marginalized individuals, as well as older adults and those with disabilities, face disproportionate climate change risks. To demonstrate, during the "heat dome" event in British Columbia in the summer of 2021, older adults faced a disproportionate impact. Specifically, of the 569 heat-related deaths recorded by the British Columbia Coroners Service, 69% were people aged 70 years or older. In addition, a growing body of international evidence points to chronic, long-term exposure to air pollution as a leading risk factor for the emergence of dementia, including Alzheimer's disease, most common in older adults. Canada is currently developing its first National Adaptation Strategy focused on bringing forward plans and collaborative actions to support climate change adaptation across the country.

Canadian health care is mostly publicly financed and administered, with the federal government working closely with the provinces and territories, which have responsibility for healthcare delivery. Collectively, national standards are maintained through the Canada Health Act. The Act facilitates "reasonable access to health services without financial or other barriers," and represents an adoption of the global move toward universal health coverage. Canadian health care includes promotive, preventive, curative, rehabilitative, and palliative services, and recognizes that a strong primary healthcare system is essential to achieve universal health coverage. To ensure the long-term strength of the health system, the federal government is continuing its collaborative work with provinces and territories, focusing on five critical areas: (1) reducing healthcare backlogs and growing the health workforce; (2) easier access to a family health provider or team for all Canadians; (3) helping Canadians age with dignity closer to home and improving long-term care and home care services; (4) improving mental health and access to substance use services; and (5) modernizing health data and digital health.

The Canadian population is aging, and the pace of this aging is predicted to continue. In 1980, the proportion of the Canadian population aged 65 and older was 9.4 percent. This proportion had increased to an estimated 18.0% by 2020, and is predicted to rise to 27.3% by 2060. Canadians continue to face health challenges, particularly related to an aging demographic, noncommunicable diseases. and mental health, along with emerging concerns related to communicable disease, antibiotic resistant infection, and climate-related health impacts. These challenges have been exacerbated by the ongoing COVID-19 pandemic. Cardiovascular disease, and cancers in 2019 were the top two causes of death and disability in Canada, collectively accounting for one-third of all healthy life lost. Over 3.4 million Canadians are living with diabetes, and more than 200 000 people are newly diagnosed each year. Indigenous peoples in Canada experience higher prevalence rates of many chronic diseases compared to the general Canadian population, and a particular concern is the excess and increasing levels of type 2 diabetes among First Nations children. Opioid and other substance overdoses are increasing; there were over 7 000 apparent opioid toxicity deaths in 2021 – about 21 deaths per day, up from 8 per day in 2016 and 12 per day in 2018. Solutions to each of these challenges require multisectoral cooperation as part of a resilient, agile, and sustainable health system.

Canada's plans to strengthen surveillance and public health guidance in the next 2–3 years include: improved recruitment and retention of subject-matter experts, including ongoing professional development and training; strengthened genomic sequencing and genomic surveillance; improved data collection and dissemination among Canada's federal, provincial, territorial, and municipal governments; implementation of new or enhanced information management and information technology systems; better integration of epidemiological, immunization, and laboratory data to support public health threat assessment; and identification of gaps in public health knowledge. In January 2022, Canada's Minister of Health announced the creation of the Centre for Research on Pandemic Preparedness and Health Emergencies, with an ongoing investment of Can$ 18.5 million per year. This research center aims to be a leader in preventing, preparing for, responding to, and recovering from existing and future pandemics and public health emergencies. It collaborates with other federal departments and agencies, as well as stakeholders domestically and internationally.

There is a national commitment to reducing health inequalities and three broad strategies have been identified to address the social, environmental, and economic determinants of health: (1) strengthening the evidence base to inform decision-making, (2) supporting community-based interventions, and (3) multisectoral collaborations beyond the health sector. A strong health-inequalities evidence base is anchored by the Pan-Canadian Health Inequalities Reporting Initiative, which provides online data tools and information products on health inequalities. The Canadian Institutes of Health Research Strategic Plan (2021–2031) focuses on making research inclusive, collaborative, transparent, culturally safe, and focused on real world impact, with the aim of positioning Canada as a global leader in the science of achieving health equity. Specifically, the plan has five priorities, each with an equity focus, and these include accelerating the self-determination of indigenous peoples in health research; pursuing health equity through research; and integrating evidence in health decisions. There is national support for community-based interventions to advance health equity. For example, the Intersectoral Action Fund supports communities to build local capacity for collaborative action on the social determinants of health and health inequities. The Promoting Health Equity: Mental Health of Black Canadians Fund supports community-based programs in mental health promotion to address the underlying determinants of health for black communities. The Healthy Canadians and Communities Fund invests in initiatives that address common risk factors (e.g., physical inactivity, unhealthy eating, tobacco use) with the aim of improving health and reducing health inequalities among priority populations at greater risk of major chronic diseases (diabetes, cardiovascular disease, and cancer). Canada is committed to working in partnership with indigenous peoples to co-develop indigenous health legislation to foster health systems that will respect and ensure the safety and well-being of indigenous people. This includes addressing the social determinants of health and advancing self-determination, in alignment with the United Nations Declaration on the Rights of Indigenous Peoples.