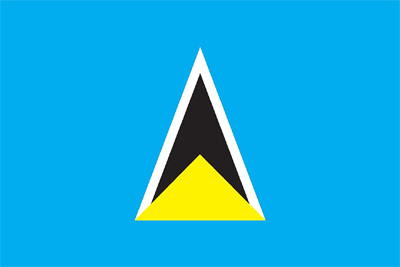 Between 2000 and 2020, the average number of years of schooling in Saint Lucia increased by 36.3%, reaching an average of 9.8 years in the latest year for which information is available. The unemployment rate in 2021 was 8.5% for the total population. Disaggregated by sex, the rate was 10.7% for women and 6.7% for men. In 2020, 4.4% of the population was living in poverty, defined as the percentage of the population with an income of less than US$ 1.90 per day; this is above the regional average of 3%.

Regarding the immunization strategy, measles vaccination coverage was 77% in 2021, a decrease of 11 percentage points over 2000.

In Saint Lucia, the prevalence of overweight and obesity among people aged 15 and older was 48.1% in 2016.

Also in 2016, 79,5% of the population reported insufficient physical activity.

The Government of Saint Lucia has developed the Medium Term Development Strategy (2020–2023). The report on this strategy focuses on the interconnected nature of development planning by ensuring economic, social, and environmental considerations are incorporated and mainstreamed into Saint Lucia's national planning framework. Health care is one of six development areas (along with agriculture, infrastructure, tourism, citizen security, and education). The report recognizes that improved healthcare financing is a priority. Out-of-pocket health expenditure is high, accounting for almost half of all health spending in 2014, while public health expenditure is recorded at below 4% of GDP.

Fewer than one-quarter of Saint Lucians are covered by private health insurance. Current health care reforms are guided by the goal that health care must be universally accessible, affordable, equitable, and sustainable, and of the highest international quality standard for the populace – this universal accessibility represents an adoption of the global move toward universal health coverage.

Accessibility of tertiary care has received a recent boost with the construction of the now operational Owen King European Union Hospital. The Government Health System Strengthening Project, with World Bank financing, will help to ensure that at least 100 000 people on the island of 180 000 people are registered to the national health scheme. It also aims that at least 60% of people living with diabetes or hypertension are treated according to national protocols in public primary healthcare facilities.

The Saint Lucia population is aging, and the pace of this aging is predicted to increase. In 1980, the proportion of Saint Lucia's population aged 65 and older was 5.0%. This proportion doubled to an estimated 10.3% by 2020, and is predicted to almost triple to 29.6% by 2060. This future increase of 19.3 percentage points represents the fastest rise in older adults in the Caribbean, well above the regional averages for the Caribbean of 10.7 percentage points, and above the average for the Americas of 13.7 percentage points.

There has been important progress in reducing the burden of neonatal disorders and HIV/AIDS, both down by over one-half since 2000. Diarrheal diseases, dietary iron deficiency, and lower respiratory infections were each reduced by over one-quarter. These successes contribute to a disease burden increasingly dominated by noncommunicable diseases. Cardiovascular diseases, diabetes, and cancers in 2019 were the top three causes of death and disability, collectively accounting for over 40% of all healthy life lost. Including all other noncommunicable diseases raises this burden to 80% of all healthy life lost. Diabetes accounts for almost 10% of all healthy life lost and is a national concern. The burden of diabetes has increased by more than one-quarter since 2000, is driven by nationally high rates of obesity and physical inactivity, and requires lifelong comprehensive care that is onerous for those living with the condition and for healthcare financing. Intentional and unintentional injuries have become an increasing concern in recent years. Solutions to the prevention and control of noncommunicable diseases and injuries require multisectoral cooperation.

Saint Lucia experienced four COVID-19 outbreak surges between April 2020 and May 2022, with over 350 confirmed deaths by May 2022 concentrated in these outbreak periods. The vaccination program in cooperation with international partners represents a major ongoing COVID-19 policy. COVID-19 is one example of an external pressure, and these pressures are recognized as a major risk to ongoing healthcare improvements. With the onset of COVID-19, the Government of Saint Lucia accelerated the move to the Owen King European Union Hospital, while reserving the Victoria Hospital as a respiratory medical facility. In addition, the Health System Strengthening Project primary healthcare centers will be equipped to serve as the first point of detection for infectious diseases.